Quintessentially British and 100% delicious. Our traditional Cream Tea service offers a cheeky treat for any time of the day.
Watch our cream tea video…

Dietary Requirements: Due to the nature of the products we stock, please be aware that we can not offer vegan or dairy-free alternatives in our cream teas & we have a limited range of gluten-free options. 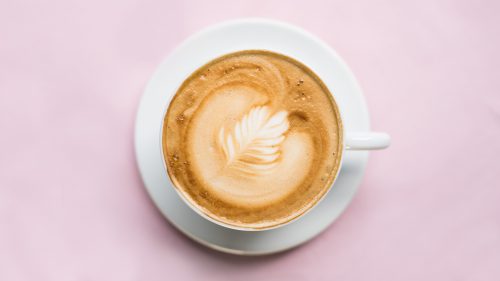 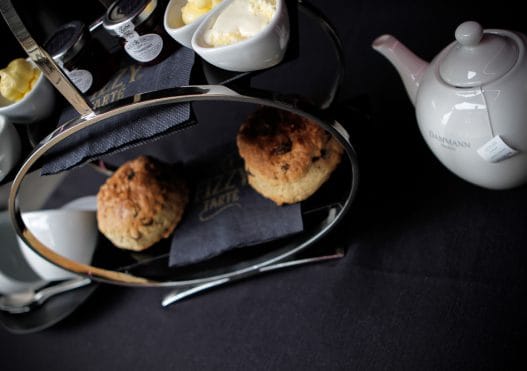 The History of Cream Tea

It came about because of Anna Russell. The 7th Duchess of Bedford would become hungry around four o’clock in the afternoon. The evening meal in her household was served around at eight o’clock. Thus leaving a long period of time between lunch and dinner. The Duchess asked that a tray of tea, bread and butter and cake be brought to her room during the late afternoon. This became a habit of hers and she began inviting friends to join her.

‘Tea rooms’ were all the rage in the late 19th century. Quickly becoming THE place for meeting friends… just like The Fizzy Tarté!
However, they were also considered one of the few respectable places for women to meet without a chaperone.
Because of this, the out-of-home Afternoon Tea took off so quickly. Soon enough ‘tea dances’ were being hosted at the most expensive hotels in the area. 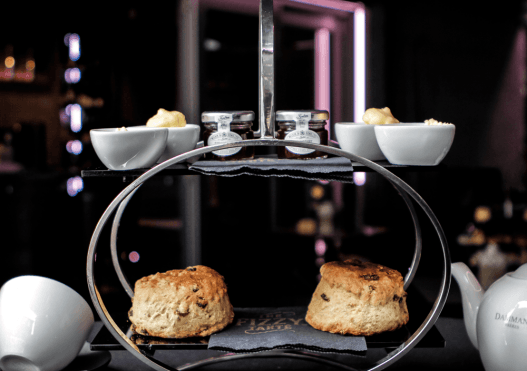 When it comes to baked goods, few issues carry the contentions of the great scone debate: Should the cream or the jam be spread first?

There are two methods. Those who like clotted cream first enjoy what’s known as The Devonian method. This is where the scone is split into two, you cover each half with clotted cream, and then add strawberry jam on top. The Devon method is also commonly used in neighbouring counties and other Commonwealth countries.

Jam first? The Cornish method, the warm ‘bread split’ or a ‘scone’ is first split in two, then spread with strawberry jam, and finally topped with a spoonful of clotted cream.

However, it’s known that the Queen of England enjoys Jam first!  Either way, you haven’t got to worry as our luxurious Cream Tea is served so you can decide. You’ll also be relieved to know our clotted cream is from the lakes. None of that Cornish or Devonish rubbish or dare I say it whipped cream (who would do such a thing?).

Weekend Bookings: Please be advised that whilst we do serve Afternoon Teas on Saturdays, that unfortunately, we do not take reservations due to the popularity of the venue. However, you are more than welcome to visit us and we will do our very best to accommodate you.

Please Note: All children under 18 welcome on the terrace until 7pm.

We use cookies to ensure that we give you the best experience on our website. If you continue to use this site we will assume that you are happy with it.OkPrivacy policy